Prof.Stuart Hart , co-author of management Guru was in the town today . He gave a speech on  The Fortune at the bottom of the pyramid : In the new milieu to the gathering held at Dayanand Sagar College , Bangalore. This event was attended by around 450 people as per the count given by the registration desk. Following gentleman joined Hart on the dias.

Hart Speech was all about BOP ( Bottom of the Pyramid ) . He spoke about finding market in a poor population. He illustrated a successful entrepreneur Mohammad Yanus  who built a micro financing business called  Grameen Bank  around  social problem. He also added that the helping nature of Mohammad Yanus made him successful.

Later moving on into the depth of BOP, he differentiated between BOP 1.0 and BOP 2.0. He also spotted out Indian BOP and it’s effects. Being a consultant for many business , he also gave number of illustrations of company who built business over BOP strategies.

Following photo was take at auditorium where the event was held. 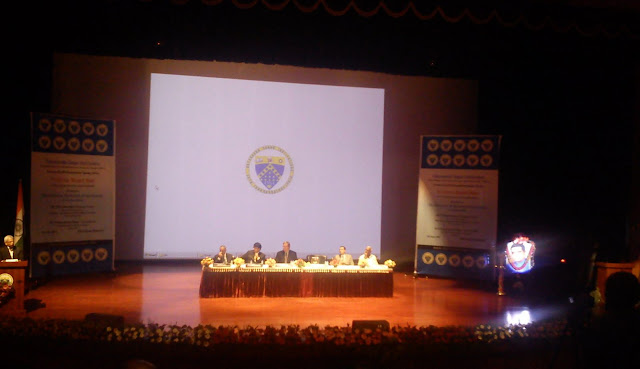